Established in 1984, AGRI is part of the ABT Group of companies, which is headquartered in Al-Khobar, Saudi Arabia. AGRI is the first company in the Kingdom to import barley and fertilizer in bulk. As a natural extension to its bulk fertilizer handling, ABT built a factory in 1991 for producing trace elements for use as nutritional agents in agriculture and agro chemicals.

The trace elements are produced by sister company, ICC (The International Company for Chemicals Ltd) in Jubail under the licensing agreement with Yara International of U.K. Over the years, Agri has established partnerships and/or exclusive distribution arrangements with reputable international companies who have strongly supported Agri with its business.

With over three decades of experience, Agri has been supporting its customers
with high quality products, timely delivery and customer tailored advisory services.
Agri is the most preferred supplier for major dairy farms and farmers, poultry
farms, feed and premixes manufacturers in the Kingdom. 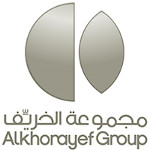