The old adage, ‘you are what you eat’, is more than a reminder to eat healthily. Behind those familiar words is also the implication that we should be mindful of the source of our purchases at the supermarket or butcher shop. For our health’s sake, we have to ensure that the meat, seafood and produce that constitutes our diet, actually contains the nutrition that we believe it does.

With environmental changes, both plant- and animal-based sources of food have suffered a decline in nutritional content. Many basic elements of our food chain, from the soil that is meant to nourish crops, to the grass and grain that poultry and cattle eat, have been compromised. This has real negative consequences for the food that is available to us for consumption, whether that is meat, fruit or vegetables, or animal by-products like milk and eggs.

However, technological interventions are overcoming some of these nutritional challenges. Fruits and vegetables, for example, are enriched with vitamins and minerals through the use of micronutrient fertilizers. Livestock farmers, equally are bolstering the health of their animals through the use of feed additives.

WHAT ARE ANIMAL FEED ADDITIVES?

Like humans, all animals require a balanced diet consisting of carbohydrates, proteins, fats, minerals, vitamins, and water, for health and vitality. Carbohydrates and fats are energy-generating nutrients that enable animals to grow, work and produce milk. Protein is needed by animals to develop muscle, as well as, produce milk, eggs, and wool. Proper intake of minerals and vitamins is necessary for an animal’s productivity, while deficiencies tend to make it more vulnerable to infection and disease. 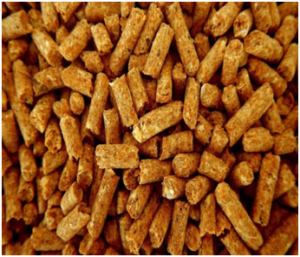 Apart from these general dietary needs, a certain type of livestock would also have additional, specific nutritional requirements, depending on its age, size, physical condition, and daily activity. Young, pregnant, and weak animals need even more special care in terms of the diet they are provided. Many times, the natural diet of livestock, such as grass, hay, or cereal grains, is insufficient and needs to be supplemented with a feed additive.

Animal feed additives is a broad term applied to the wide range of diet-enhancing products that are manufactured for livestock. Feed additives are available for various purposes: some are designed to deliver specific nutrients that are missing from the animals’ diet; others are targeted to strengthen their immune system and help them fight disease. To elaborate, there are supply feed additives for overcoming deficiencies, improving output, resolving digestive issues, improving appetite, strengthening pregnant animals, and enhancing weak bone structure.

Livestock farmers use a combination of feed additives to safely provide a comprehensive boost to their animals’ health and performance. In turn, these animals and their by-products are found to be healthier for humans to consume.

Types and benefits of feed additives

By adding feed additives to their livestock’s diet, farmers benefit in two ways. First, the animal’s health improves, which has a favorable impact on their productivity and rate of reproduction. Second, the use of feed additives improves the quality of by-products, with an increase in milk yield and egg strength, to name a few. 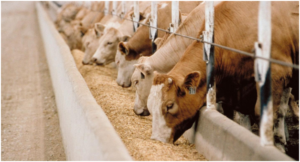 These are additives that supply specific nutrients such as vitamins, urea, amino acids, and/or compounds of trace elements, which have been found to be deficient in the regular feed supplied to an animal. For example, when cattle are deprived of green pastures, they can develop Vitamin-A deficiencies, which can make them vulnerable to respiratory infections, as well as stunt their growth, milk output, and reproduction. In this case, farmers use Vitamin-A supplements to prevent these deficiencies from occurring.

Similarly, poultry that is kept indoors in the winter months will develop Vitamin-D deficiencies due to lack of exposure to the sun. They are given supplements to prevent the development of diseases such as rickets, which bows their legs and prevents them from standing or walking.

These are additives that are used to stimulate an animal’s appetite to improve its voluntary intake of feed. This has an obvious positive effect on the animal’s growth and output. Sensory additives often take the form of flavored supplements such as sweeteners, but they are also used to change the look and/or smell of the feed to make it more palatable to the animal. Examples include colorants, which are added to improve or restore color in feeds. These colorants, in turn, affect the look and feel of the meat produced by the animal consuming it, giving it a healthier-looking texture.

Also known as coccidiostats and histomonats, these are additives that are used to fight bacterial infections and disease. They typically do not bring additional nutritional value to the feed. They are also used to improve the efficiency of feed utilization and feed acceptance, or to improve the health or metabolism of the animal in some way.

Antibiotics are usually delivered in two ways: therapeutically, in which sufficient doses are administered to ensure the elimination of a disease in an animal group; and sub-therapeutically, where lower doses of antibiotics are given to enhance certain performance attributes (typically growth and feed efficiency) of the animals. Because the subtherapeutic use of antibiotics does not completely eradicate bacteria populations, over time the practice leads to antibiotic-resistant bacteria, like salmonella in poultry, which forces the search for new antibiotics for both livestock and humans.

Due to this harmful trend of overusing antibiotics, many livestock farmers are now switching over to the use of probiotics. These are good bacteria, usually lactic-acid bacteria, that stabilize gut flora and fight pathogenic bacteria. They have been reported to be helpful in treating diarrhea in calves.

These are additives that help to boost the overall nutritional value of livestock diets. Though not supplemented with specific nutrients, these feed additives enable animal bodies to more efficiently utilize the nutritional content existing in their diet.

For instance, digestibility enhancers help animals ingest all the nutrients and other substances in their diet, while gut flora stabilizers contain micro-organisms that increase the presence of beneficial bacteria in the feeding animal. By enhancing the condition of the intestinal tract, a better environment is created for the absorption of nutrients. Equally, certain phytogenics, that is, herbs such as thyme, oregano, and peppermint help increase animal performance, while favorably affecting the digestive environment of the animal.

These are additives that have a functional purpose in the feed. While technological additives can’t be said to directly influence the nutritional value of the feed, they may do so indirectly by improving its handling or hygiene.

Many of these additives particularly help reduce the perishability of the feed product. Examples include preservatives that protect feed against deterioration caused by microorganisms and antioxidants.

Other technological additives include stabilizers that maintain the physicochemical state of the feed, anticaking agents that keep individual particles of feed from adhering to each other, emulsifiers that allow immiscible substances to form a homogeneous feed product, thickeners that increase the viscosity of a feed, and gelling agents that provide cohesive, texture to products by turning them into a gel. Additionally, further subtypes include acidity regulators, which adjust the pH levels of feed products, and silage additives, which are added to the feed to improve the production of silage and denaturants, among others.

As mentioned above, humans draw a direct benefit from the health-boosting action of feed additives on livestock. The better the health of the animal, the better the quality of its meat and other by-products. 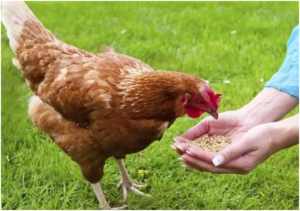 Let’s take a closer look at this phenomenon with some practical examples. It has been reported that adults in the UK are deficient in a mineral called selenium due to the low presence of the mineral in the soil. However, research has shown that this deficit is easily counteracted by the consumption of enriched eggs, which is accomplished simply by feeding organic selenium to animals. On a related note, it was found that by increasing the proportion of organic selenium added to feed, above what is required for the animal’s own maintenance, selenium levels in the meat can be doubled.

Similarly, DHA is one of the Omega-3 acids that are crucial for heart and brain health and especially significant for fetal development. However, adults are found to be deficient in this fatty acid as well. Research indicates that when poultry consumes micro-algae-based feed, their eggs have markedly higher levels of DHA.

Dairy products, which have been enriched with omega-3 fatty acids, have been found to reduce harmfully high levels of omega-6 acids in adults.

It’s worth noting again that increasing selenium and DHA in livestock diet is also good for the animals themselves. Higher selenium levels in animals improve their fertility, immunity, and growth, while also enhancing their output. Eggs have been found to have stronger shells. Similarly, higher levels of DHA have been found to improve immunity, fertility, and growth in chicken and cattle. In dairy cows specifically, milk yield also improved.

While there are many companies that supply feed additives to livestock farmers locally and across the Gulf region, Agri is known as the leading local supplier of top-quality imported feed additives and milk-replacer products for the local livestock market. Its range includes products for poultry, cattle, and aquaculture. Agri enjoys multiple strategic partnerships with local and regional feed additive industry leaders, including manufacturers in Sudan, Jordan, and Syria. The selection of additives derived from these partnerships, therefore, understand the regional nutritional requirements of local livestock, as well as their deficiencies. With storage vats and mills, exclusively built to stock its range of food supplements and additives, Argi offers an unrivaled product range that includes feed products for various livestock groups, including lamb, sheep, horses, camels, cows, pigeons, poultry, and fish. Along with veterinary medicine and disinfectants, Agri’s feeding mills are located far from possible contaminants that can be found at breeding and production facilities, lending bio-security to its operations.

Agri is also the exclusive distributor of Belgian company Impextraco and German company HL Hamburger Leistungersfutter GmbH. In addition to this, it has been producing trace elements for use as nutritional agents in agriculture since 1991.

To find out more about how you can increase the yield and overall health of your livestock, as well as, about suitable feed additives and options that work for your needs, click here