With a global population of 7.7 billion people and growing, there is a great amount of pressure on agricultural resources and the farming ecosystem to provide healthy food sources. To meet this demand, farmers ensure that the livestock products available on the market meet the highest standards of health and safety by sourcing the best feed grains, (such as wheat, alfalfa and barley grain) and feed products for livestock. 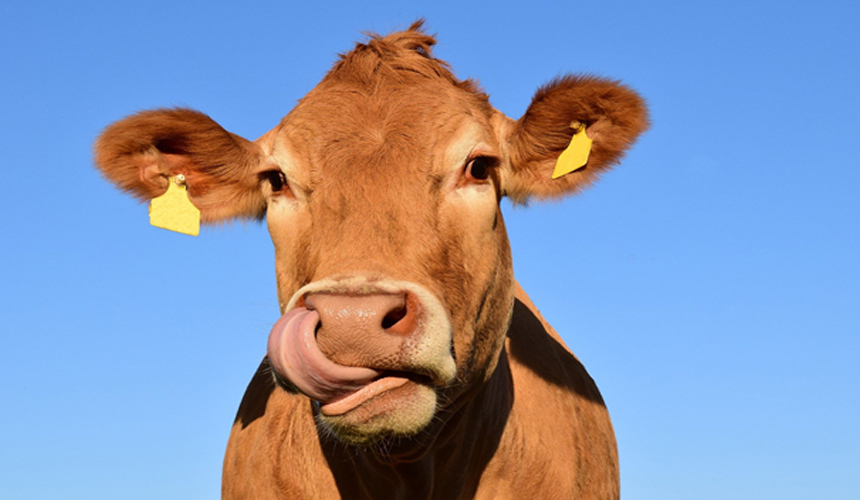 Animal feeds comprise feed products, such as barley grain, that are special foods manufactured particularly for domesticated animals. They are designed to keep their bodies healthy while improving the quality of their products. Each type of animal has its own category of animal feed which contains all the essential nutrients required for their wellbeing.

In layman terms, feed  such as barley grain for livestock, is the  food that is given to a range of animals, including cattle, sheep, camels, goats, among others, during the course of their growth to ensure that the animal is in prime health for farm work. Barley grain is also used for human consumption.

There are two main types of animal feeds. Fodder is food provided to an animal, while forage is plant material eaten by the animal through grazing. While some crop is grown for one purpose or the other, certain crops (such as barley grain) can be used for both.. Barley grain is not only  a major cereal crop that is primarily grown to feed livestock, but it also yields valuable forage that can be grazed, cut for hay, used as silage while still green, or cut after grain harvest as straw. Barley grain, therefore, has more uses than just being livestock feed and fodder.

For the purpose of this article, we will mainly be dealing with animal fodder, such as barley grain, discussing its various products and benefits. 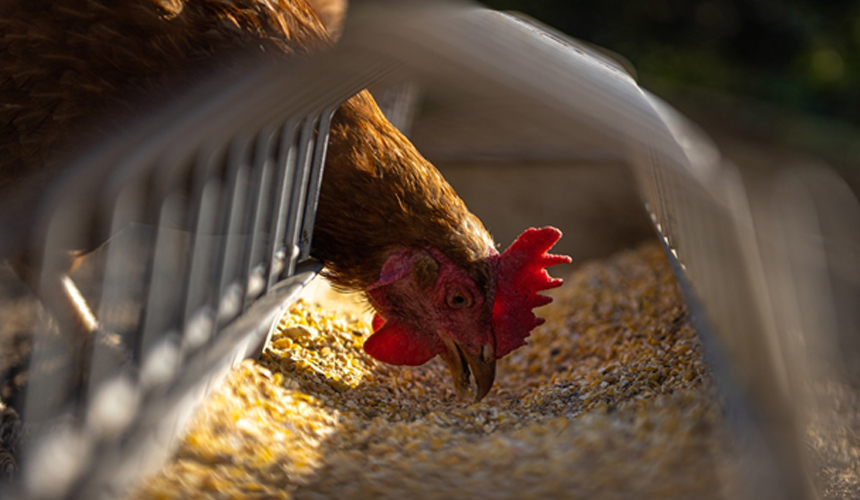 Fodder refers to the particular foods given to animals rather than what they forage for themselves. It includes hay, straw, silage, compressed and pelleted feeds, oils and mixed rations, and sprouted grains such as barley grain, and legumes.

Traditionally, animal feed included household food scraps and the by-products of food-processing industries such as milling and brewing. Material remaining from milling oil crops like peanuts, soy, and corn were important sources of fodder. However, as the scale of agrarian enterprises grows, these subsistence-sized practices are not sustainable.

This is where commercially-produced compound feed grains, such as barley grain, which are a blend of various raw materials and additives, come in. Feed grains like barley grain, are formulated according to the specific requirements of the target animal. They are manufactured by feed grain companies as meal types, pellets, or crumbles. Some of the main ingredients in commercially manufactured feed grains include corn, soya bean, grain sorghum, oats, rye, and barley grain, and form the most important source of animal feed globally.

BENEFITS OF USING RELIABLE FEED GRAINS SUCH AS BARLEY GRAIN

In agriculture today, the nutritional needs of farm animals are well understood and are often met through a combination of natural foraging and fodder, as well as augmented through supplementary nutrients. The nutritional quality of feed, such as barley grain, is influenced not only by its content but also by many other factors. Considertions such as feed presentation, hygiene, digestibility, the effect on intestinal health, as well as feed additives (link), all collectively meet any deficiencies that arise in animals to ensure the animal’s health, wellbeing, and suitability for human consumption.

Feeding production animals and meeting their correct nutritional requirements means more than just supplying sufficient proteins, energy, and water. Many secondary conditions determine the economic output in animal production. That is why, industry leaders in feed grains, especially  barley grain experts and producers, aim to provide grains with additives that optimize the nutritional value of a feed, its digestibility, and safety. As patterns of barley grain consumption are particularly high across livestock, international and local barley grain producers ensure that the feed is of premium quality so that there is a consistently high return on investment. 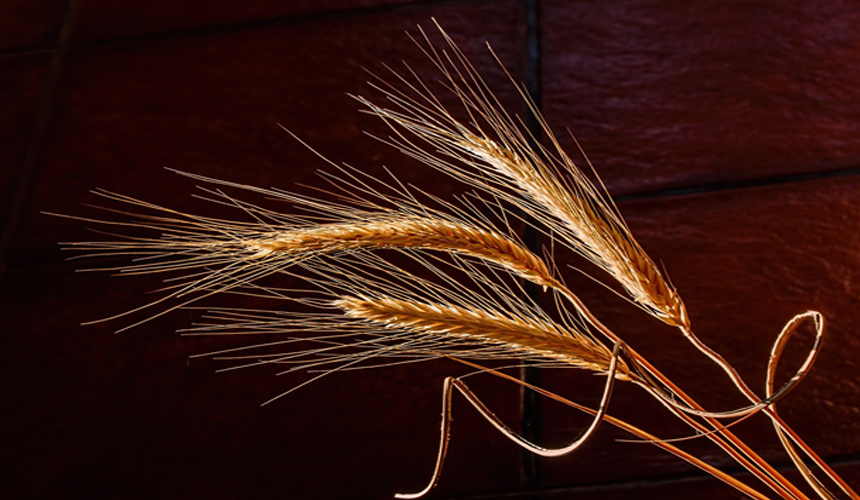 Tying into the animal feed-grain industry is the supporting agriculture ecosystem that grows plants specifically for fodder. These include the following crops:

These grains, (especially barley grain), legumes, and grasses are combined in varying mixtures and proportions to make feed grains, for different animals.

For most livestock, barley grain is an important feed and can often compete with the likes of wheat and maize grain. In the US, barley grain is considered extremely valuable for finishing beef cattle while in European countries, both wheat and barley grain are the most commonly used cereal grains in poultry feeds. 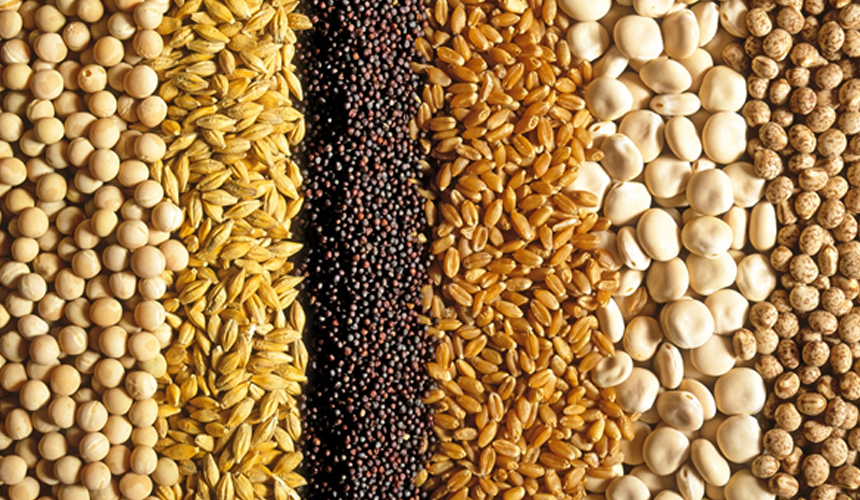 FEED GRAINS IN ALL FORMS

Animal feed grains, such as barley grain, are not only a healthy and contain animal-specific mixes of the crops mentioned above, but they are also a blend of additional raw materials and additives. Commercially-manufactured feed grains, particularly barley grain feeds, include some of the following:

These grains, including barley grains, are available from commercial feed providers in individual or mixed rations, with added nutrients and additives so that animals can easily digest and process them. 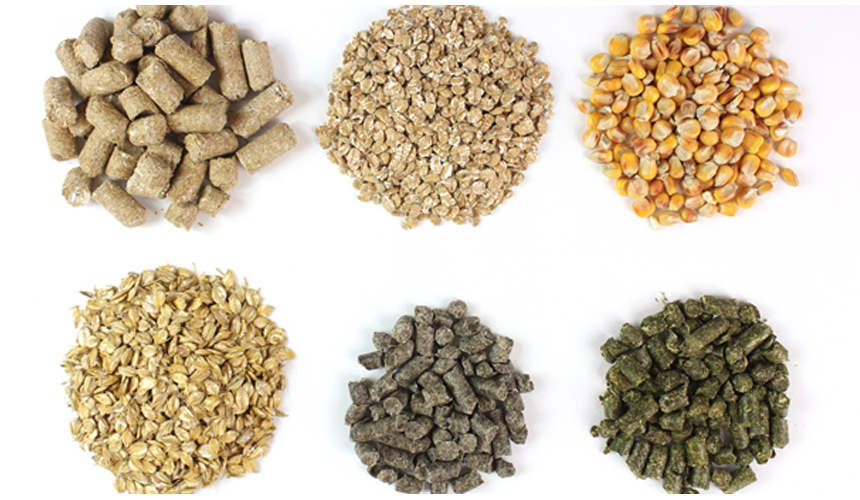 In addition to some of the ingredients mentioned above, the following products are also added to commercially-produced feed grains, including barley grains, to ensure the healthiest proportions of nutrients to animals:

For any subsistence farming enterprise looking to grow, or for established livestock farming units, manufacturing the perfect feed product that combines the best nutrients from barley grain, soya bean, wheat, legumes among others, for a variety of animals is a time-consuming, costly task. Buying commercial feed grains, including barley grains, and feed products from established enterprises provides small seeds, grain, and brassicas, from the best global merchants and mills direct to livestock producers, thereby facilitating the farming and livestock supply chains.

Feeding livestock any grain, especially barley grain, can be an expensive process and has to be undertaken by farmers with care. Costing, in relation to the quality of the product, becomes an important factor in buying feed grains. That is why, going to an informed, professional, and reliable feed-grain provider becomes even more important. Weighing the advantages of each feed type, including barley grain, according to energy values, dry matter content, the requirement for the daily stock, use, availability, and suitability has a direct bearing on the health and lifespan of a farmer’s livestock.

Equally, the traceability and quality of the feed grain are of paramount consideration– whether it’s barley grain or any other type of feed. A company that understands the conversion of pasture to animal feed products, the seasonal nutritional needs, supplements, as well as the possible pitfalls and deficiencies that may arise from over and under use becomes very important for the health of your animals. That is why a feed product supplier in touch with international trends, as well as with regional requirements is needed to help facilitate farmers and livestock producers. Equally, a commitment to research and sourcing of top-quality animal feed, including barley grain, and feed products and premixes that are appreciated by farmers around the world, becomes imperative.

Agri, a subsidiary of Arab Bulk Trading, is committed to providing livestock farmers and owners in the Kingdom of Saudi Arabia, and regionally, with the best quality animal feeds, including barley grain, for over 40 years. With a logistics shipping and transport network that spans the width and expanse of the Kingdom, as well as direct, and third-party logistics solutions at hand, Agri is equipped to provide regional livestock farmers with the healthiest and most productive feed products, including barley grain, in the market. Whether you’re looking for barley grain or alternatives to barley grain get in touch with us.